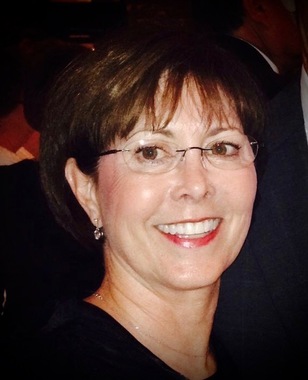 On Thursday, Feb. 13, 2020, Sondra Butch Correll passed away at the age of 69.
Sondra was born July 11, 1950, in East Liverpool, Ohio. She attended Grove City High School in Grove City and continued her studies at Slippery Rock State College.
In 1976, she moved to Dothan, Ala. She and her family attended First Presbyterian Church for many years and most recently First United Methodist Church.
Sondra was a talented seamstress. She was an enthusiastic tennis player and more than anything else enjoyed spending time with friends and family.
She served as treasurer of the Dothan Tennis Association for 20 years and for several years was instrumental in chairing the SEADAC Tennis Tournament held annually in support of the local dance company.
She is survived by her husband of 40 years, Lonnie Correll and two sons, Tee McClimans (Elizabeth) of Dothan, Ala., and Jason McClimans (Lauren) of Nashville, Tenn.; six grandchildren, Catie, Sarah Gibs and Nanne McClimans of Dothan and Alex, Max and Walter McClimans of Nashville; brothers, John Butch (Beverly) of Pittsburgh, and Park Butch (Sheila) of Fort Lauderdale, Fla.
She is preceded in death by her parents Jean and David Butch; and her brother Jim Butch.
Gifts to The Boys and Girls Club of the Wiregrass are appreciated in lieu of flowers. Donations can be made at bgcwiregrass.org or 457 S. Alice St., Dothan, AL 36301.


CORRELL
Sondra Butch, 69, of Dothan, Ala.
Visitation: 2:30 p.m. Sunday (2-16-20) in the parlor of First United Methodist Church of Dothan, Ala.
Memorial service: 3:30 p.m. Sunday in the church, with Dr. James B. Sanders III and Glover Funeral Home directing.
GLOVER FUNERAL HOME, 1468 Hartford Hwy., Dothan, Ala., has been entrusted with arrangements.
Please sign the guestbook online at www.gloverfuneral.com.
Published on February 14, 2020
To send flowers to the family of Sondra Butch Correll, please visit Tribute Store.

Send flowers
in memory of Sondra

A place to share condolences and memories.
The guestbook expires on May 14, 2020.