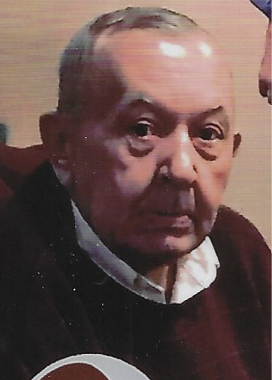 Back to Robert's story

Robert A. "Radar" McKnight, a lifetime resident of Grove City, passed peacefully on Tuesday (Feb. 4, 2020) in AHN-Grove City. He was 72.
Bob was born in Grove City on Dec. 6, 1947, to Thomas, Jr. and Martha K. (Austin) McKnight. He was raised in the Protestant faith.
He was a graduate of Grove City High School in 1965 and Robert Morris College in 1968. He served in the Air Force from 1968 to 1972.
Bob retired from George J. Howe Co. where he was a driver and a supervisor for 30 years.
He was a member of the VFW Post 519, Grove City, and Elks Lodge 145, Greenville.
Golfing was his passion. He started golfing at the age of 8. He continued through high school and was a member of the 1965 District 10 Championship team. During college he was on the Robert Morris golf team and helped the Colonials win regional and national honors. He especially loved to play with his high school buddies, Don, Bob, Gary and Ken, at the Pine Grove and Grove City Country Club golf courses.
Bob is survived by: a sister, Mary Kay Mattocks and husband, Ron, Grove City; two brothers, William F. McKnight and wife, Carole, New Wilmington, and David T. McKnight and wife, Mindi, Grove City; five nieces, Meredith, Katie, Kristen, Kelsy, and Ashley; and three nephews, Dan, Brian and Evan; 11 great-nieces and nephews; and nine cousins, all who loved him dearly.
Memorials can be made to the charity of the donor's choice.

Send flowers
in memory of Robert

A place to share condolences and memories.
The guestbook expires on May 04, 2020.

Sue Ellen, Margaret and family, Bunky and family and Brett

America the Beautiful was purchased for the family of Robert McKnight by Sue Ellen, Margaret and family, Bunky and family and Brett.  Send flowers