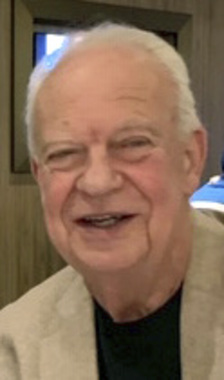 John E. "Jack" King, of Grove City, passed away on Friday Jan. 31, 2020, in UPMC Passavant-McCandless following a brief illness. He was 78.
Jack was born in Mercer on Oct. 20, 1941, to John M. and Marie D. (Rodgers) King. He married Ruth M. Masters on April 24, 1971; she survives at home.
Jack was raised in the Protestant faith. He was a graduate of Grove City High School, Class of 1958.
Jack served in the Pennsylvania National Guard.
He began his working career with his father at the former King Auto Sales, Grove City, and he later began a career in the antique business. Jack owned and operated Leesburg Station Antiques for the past 35 years.
Jack loved working in the antique business. He enjoyed traveling, fishing and going to Stone Harbor.
Survivors include his wife, Ruth at home, a daughter, Melissa King and husband Brad Isles, Harmony; two step-grandchildren, Makenna and Maryn Isles, and a sister, Norma Steinlechner and husband Rev. Richard, Hermitage.
His parents preceded Jack in death.
In lieu of flowers, donations to: Grove City Area Pet Rescue, Box 292, Grove City, PA 16127.

Send flowers
in memory of John

A place to share condolences and memories.
The guestbook expires on May 02, 2020.