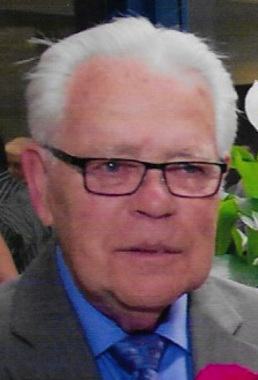 Back to Frederick's story

Frederick F. "Todd" Keil, 93, of Grove City passed in Orchard Manor on Wednesday, Jan. 8, 2020, following a lengthy illness.
Known to many as "The Pie Man," Todd was born in Oil City, Pa., on Feb. 12, 1926, to Glenn F. and Agnes (Williams) Keil. He married Dixie JoAnn Rodgers on April 11, 1947; she preceded him in death on June 14, 2017.
Todd served in the U.S. Navy during World War II. He was a radio operator aboard the destroyer Wingfield in both the Atlantic and Pacific.
He was a member of East Main Presbyterian Church, where he served as a deacon and usher.
Todd owned and operated the Dumitru Bakery Pie Shop for 36 years. After retiring, he worked for Hovis Auto Parts for 10 years.
Todd is survived by two sons, Larry Keil, Appleton, Wis., and Tim Keil and wife Linda, Grove City; four grandchildren, Melissa Kohlbeck and husband Kelly, Craig Keil and wife Katie, both Appleton, Wis., David Keil and wife Beth, Grove City and Daniel Keil and wife Nicole, Harbor Creek, Pa,; and eight greatgrandchildren.
Todd was preceded in death by his parents, wife, three sisters, Norma Walters, Miriam Steele and Betty Geleueski, and a brother, Robert Keil.

Send flowers
in memory of Frederick

A place to share condolences and memories.
The guestbook expires on April 08, 2020.

KATHY MCCALL
TIM, SO SORRY TO HEAR THAT YOUR FATHER PASSED. SYMPATHY TO YOUR FAMILY.
View all