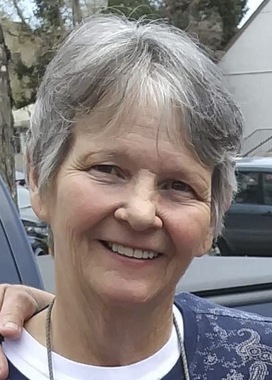 Back to Deborah's story

Deborah E. Burke, 63, of Grove City, formerly of North Ridgeville, Ohio, and Zelienople, passed away after a valiant fight against cancer Sunday, Feb. 9, 2020, at the AHN-Grove City.
She was born on Dec. 29, 1956, in Butler, to the late Stanley and Alberta Burke.
Debbie was a 1974 graduate of Seneca Valley High School and attended Slippery Rock University.
She retired from the cable industry in Cleveland, Ohio, and was highlighted in a feature about Women in Cable.
She was a foster parent and adopted her daughter Ashlee and son Vincent, and raised them as a single parent.
Debbie loved life, enjoyed travel, her family, friends and working around the house.
Survivors include her daughter, Ashlee Burke, Grove City; her son, Vincent Burke, North Ridgeville, Ohio; three brothers, David Burke and his wife Nina, Cranberry Township; Charles Burke and his wife Margie, Harmony; and Kenneth Burke and his wife Susan, Grove City; many special nieces and nephews; and her beloved dog, Marlee.

Send flowers
in memory of Deborah

A place to share condolences and memories.
The guestbook expires on May 10, 2020.

Karen Fisher Wagner
Our family ,especially Carol,Bob, and I, spent many hours with the Burkes growing up together.I will always remember Debbie in pigtails and sitting in a tree. We had many good times together. My heartfelt condolences to all the family. Rest in peace Debbie.
View all