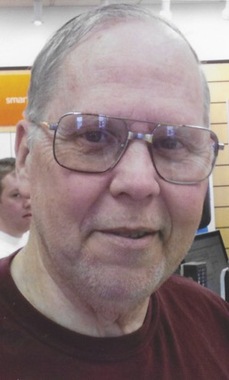 Back to Carl's story

Carl N. Dawes, 75, of Grove City, passed peacefully on Monday, Jan. 20, 2020, in AHN Grove City following a brief illness.
Carl was born in Butler on August 31, 1944. He was the son of the late Dr. R. Clark and Helen (Jordan) Dawes. Carl married Mary Jane Wall on June 15, 1968.
He was a member of the East Main Presbyterian Church.
Carl was a graduate of Grove City High School in 1962. He served in the Air Force for 4 years as an Airman 2nd Class where he was a Radar Operator during the Vietnam War.
He later earned a degree in Criminology form Bristle Institute in Connecticut. Carl retired in 1999 from the Grove City Police Department where he was an officer for 35 years.
He was a member of the Fraternal Order of Police where he served as president in 1993.
Following retirement Carl was a substitute teacher's aid with Grove City School District for 10 years.
He was a member of the F. and A.M. Lodge 603 Grove City and the New Castle Consistory.
Carl was awarded citations from the American Police Hall of Fame in 1996 and from the Attorney General for his special efforts in police work.
Carl is survived by his wife, Mary Jane at home, a sister, Judy MacRae and husband James, and several nieces and nephews.
Memorials can be made in Carl's name to East Main Presbyterian Church, 120 E. Main St., Grove City, PA 16127.

Plant a tree in memory
of Carl

A place to share condolences and memories.
The guestbook expires on April 20, 2020.

So very sorry for your loss Mary Jane . Sending you hugs and prayers.