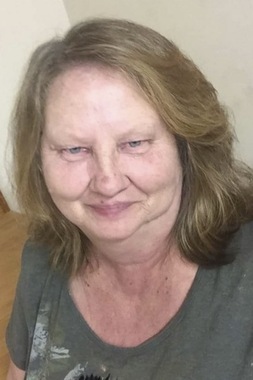 Back to Bonnie's story

Bonnie L. Trowbridge of Harrisville passed at 9 p.m. Wednesday, Jan. 29, 2020, in West Penn Hospital, Pittsburgh, following a four-month illness with cancer. She was 58.
Bonnie was born in Grove City on Feb. 7, 1961, to Ronald E. and Dolores J. (Sowers) Whetzel. Bonnie married Donald L. Trowbridge on Feb. 24, 1992; he preceded her in death on July 24, 2003.
She was a graduate of Grove City High School. Bonnie was a homemaker raising her five children. She was employed by the Allegheny Valley School-Marakey as an aide for the past 12 years.
Survivors include five children, Matthew Sybert and wife Emily, Slippery Rock, Daniel Sybert and wife Tiffany, Harrisville, Chad Sybert and wife Shawna, Jackson Center, Stefanie Bowers and husband Aaron, West Middlesex, and Coty Trowbridge and wife Brittany, Grove City, 10 grandchildren; her mother, Dolores Whetzel, Grove City; and three brothers, Richard "Rick" Whetzel and Brenda, Sandy Lake, Elmer Whetzel and wife Hattie, and Ronald E. Whetzel Jr. and wife Brenda, all of Grove City.
Her father and husband preceded her in death.

Send flowers
in memory of Bonnie

A place to share condolences and memories.
The guestbook expires on May 02, 2020.

chris russell
so sorry bonnie is in my prayers. love the family also.
View all